This review is full of spoilers, so be warned and read no further if you have not seen the latest episode.

There are those of us who still love The Walking Dead series after the seventh season. I have heard a couple of my friends giving up watching after the third season because the series started to repeat itself or went “dull,” of sorts. I don’t think that way at all even if I have not read any of the graphic novels.

This season has been both annoying and terrifying. Negan and Lucille are terrorizing everyone, and nobody seems not to be capable of resisting him, until lately. In this episode, we don’t see Rick but concentrate more on what happens in Hilltop while Rick and others are scavenging more guns and supplies to fight against the Saviours.

Sasha and Rosita are going to a rogue mission to whack Negan just when the Saviours come for a surprise visit. The leader of the other Saviour group called Simon is extremely annoying, yet I find a tiny bit of fairness in him, although the “leader” of Hilltop, Gregory, is the most annoying character at the moment. Simon comes straight to the main house at the Hilltop and says “You have a certain somebody, so what you can do for me is point me in that direction.”

Despite remembering what happened lately in the camp of Saviours, the viewer might think they are still looking for Daryl or even Maggie, who they think is dead. Cunningly put. It appears they need a new doctor after they ended the contract permanently from the last one.

Meanwhile, Daryl and Maggie go to hiding behind the vegetables to the food supply cellar, because they have no time to go outside the fences. Of course one of the saviors is going there looking for food. I don’t understand what he is doing there by himself because clearly, this is not a supply run, but that’s how the story goes I guess. 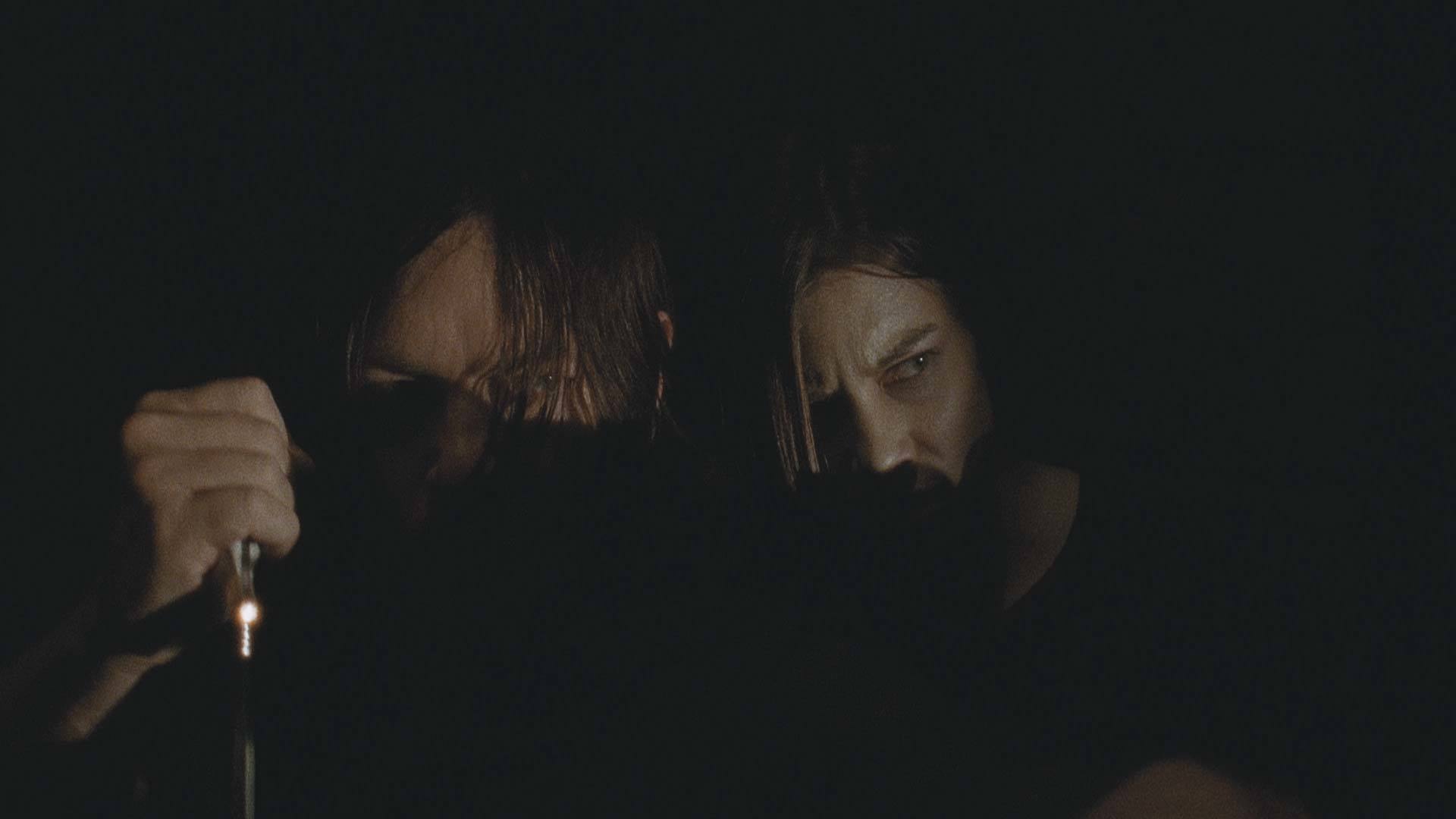 I love the haunting soundtrack and tension during these Saviour visits, and I shit you not – my heart rate was peaking at 112 bpm when he was so close to Maggie and Daryl in the dark. But what was Daryl thinking while trying to kill the guy after seemingly they both were in the clear? “He’d deserve it,” he says.

Tension between Sasha and Rosita is awkward, but after being in the wild for a while, Rosita finally opens up about Abraham and his other relationships and they somehow manage to agree on things. The stammering appearance of Gregory and desperate attempts to still try to prove himself to the Saviours and Simon is painful to watch. 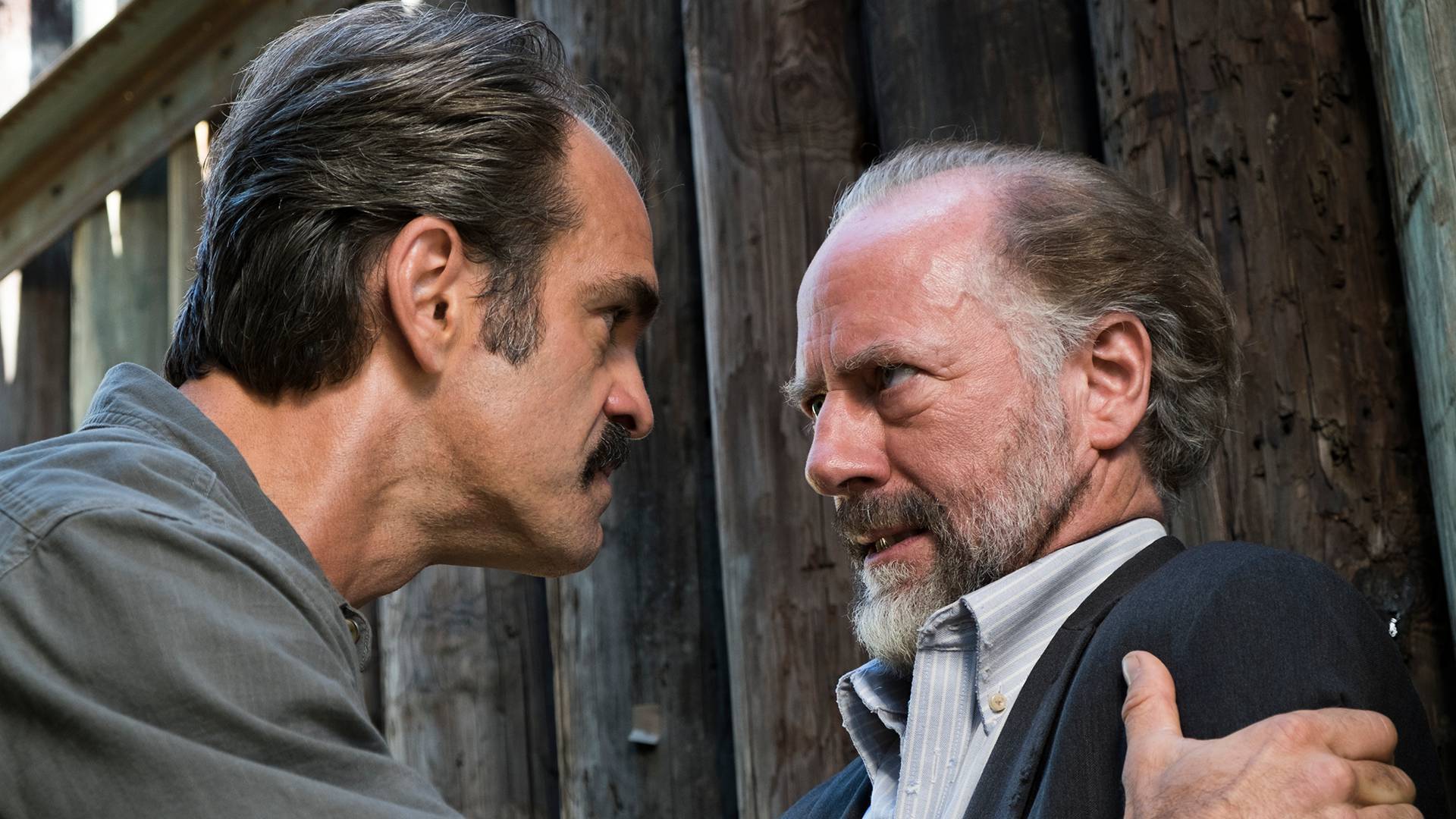 When Rosita and Sasha get to the Saviour’s premises, they see Eugene as some commander from their perspective. We learned last time he is totally getting his way with the Saviours and plays it safe by saying he is “utterly, completely, stone-cold Negan. I was Negan before I even met you; I just needed to meet you properly to know.” You should read from Vanity Fair what the actor that plays Eugene thinks about this “transformation.” But Sasha and Rosita have no clue what Eugene is doing. Even as a viewer I think in deep down Eugene is playing everyone.

I was glad that Sasha and Rosita decided to take a good spot with the sniper. The only thing they need to do is wait for the clean shot; they have all the time in the world. But no, they went to rescue Eugene instead – and just when I thought to kill Negan was more important. Eugene looks them in horror when they kill the guard and go to him, and just says “no” in disbelief and runs away. Everything happens quite fast when Sasha closes the gate and leaves Rosita behind, because “it’s not your time yet.” I knew she’s suicidal, but that was a proper kamikaze way to go with the guns blazing! Just after she’s gone into the building, someone lurks Rosita in the shadows… what a cliffhanger!

Who was in the shadow at the end of Episode 14? #TheWalkingDead

I don’t know what to think about this episode. Slow, but thrilling in the same time, despite not having that much action. These cliffhangers make one week feel longer that it is.

What do you think is going to happen to Sasha?

What do you think of the episode? Add a comment below!